Community Forests International of Sackville, NB says that putting in place the right carbon pricing system could result in tens of millions of dollars per year in new exports by 2018.

Based off the work that the organisation has undertaken on their 705-acre woodlot outside of Sussex, CFI says that under the right Cap and Trade program New Brunswick woodlot owners would be able to sell $50 million worth of carbon credits into North American markets beginning in 2018.

“If you look at the millions of acres of private land in the province owned by ordinary New Brunswickers, managing our forests to capture and store more carbon could be the biggest opportunity for rural NB in a generation” says Dale Prest, CFI’s lead on developing carbon credits from well-managed forests.

By switching forest management practices on the organization’s Sussex area woodlot to storing more carbon, CFI has already been able to sell $300,000 worth of carbon credits to customers in the rest of Canada. However, these markets are small and limited compared to the markets that could be created by the government if they put in place the right policies to price carbon and fight climate change, Prest says.

“Today billions of dollars are trading hands every year in North American Cap and Trade markets that include California, Quebec and soon to be Ontario. If the Liberal government wanted to they could link NB’s carbon pricing system up to these larger markets, giving our private woodlot owners – some 40,000 of them – access to a new economic opportunity. Imagine what access to a market like that would do for our rural, resource dependent communities.”

Managing forests for carbon storage does not prevent the harvesting of trees for lumber and pulp, adds Prest. “The way carbon is best stored in a forest is through careful, ongoing management of the forest that aims to grow many different species with multiple ages, removing short lived unhealthy trees to make space for longer lived, more valuable trees. We will not only keep forestry contractors employed and sawmills going, but managing for carbon improves the quality and health of our forest resource, thereby improving the prospects for the forest industry long into the future.”

If the province decides to go the Carbon Tax route, however, Prest says that it is unclear how woodlot owners will be able to participate.  “Even if the province puts in place a limited, provincial market for the trading of carbon credits, it represents a real opportunity lost to bring new export dollars into NB. Without a Cap and Trade program linked to those other systems, our woodlot owners won’t have access to fair prices and markets for their carbon credits.” 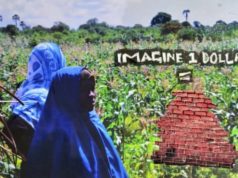